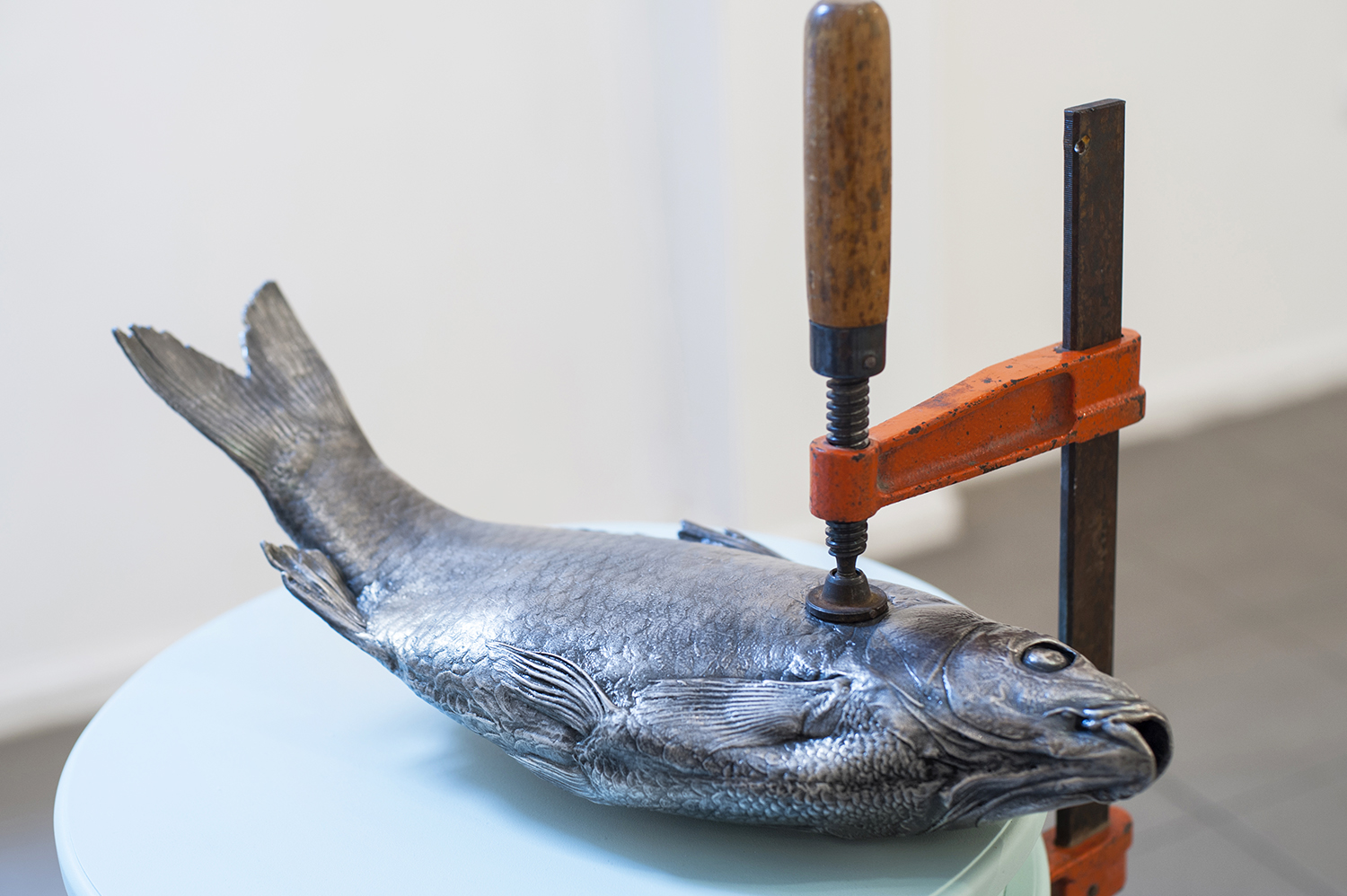 A shopping cart with a cooper doll and colorful cans; silver donuts in front of an old pink TV-set; a carp, pressed in a clamp; a saw, stuck in a long baguette; a distorted empty picture frame; a table cut through and a metal bucket full of pink paint… All these paradoxical “compositions” are works on display in the exhibition of Stefan Ivanov Unpredictable Circumstances. They represent objects that have frozen in the middle of an action. There is no story following, no story behind either. We might imagine that someone just went out of the room and left a puddle of paint behind, or cut himself, or broke a tooth while biting in the doughnut in front of the TV, but this will be our idea – private, subjective and limited, and thus different from the lives of the objects. Between scenography and sculpture Stefan Ivanov choose the latter, leaving the viewers with no storyline or stage.

The exhibition is slightly related to human perceptions and a lot more to the very object. In it, the questions “how do we know the world” or “ what meanings do we ascribe to things” are absent it return for the presence of the object. The artist, not wanting to tell a story or to build a certain concept, employs various approaches of combining individual elements. He thinks simultaneously through the tools of painting – colors, brushstrokes, spots and of sculpture – volumes, materials, masses and forms in space. In the works, “art” and “design” merge into a shared sense of an aesthetic world in which people exist on an equal level with objects.

The compositions remain closed, though; the fish, the clamp and the table relate to each other, not to the surrounding world. Each individual element in the works has its own visual experience and artistic memory. In each of them, the legacy of pop art can be revealed, as well as the interest in objects of consumption and the consumer culture, which changes the person and his environment; to rediscover the paranoid level of detail of hyperrealism or the game of ready- made that blur the boundaries between life and art through the use of everyday objects. The combination of all these visual languages and approaches is in itself surreal. The action, essential for the composition of each work – cutting, biting, paint spilling, clamping, pushing, remains incomplete. It becomes a static, “sculptural” incident.

Vladiya Mihaylova - Curator of the exibition

Object I from the series: “Unpredictable Circumstances” 2016 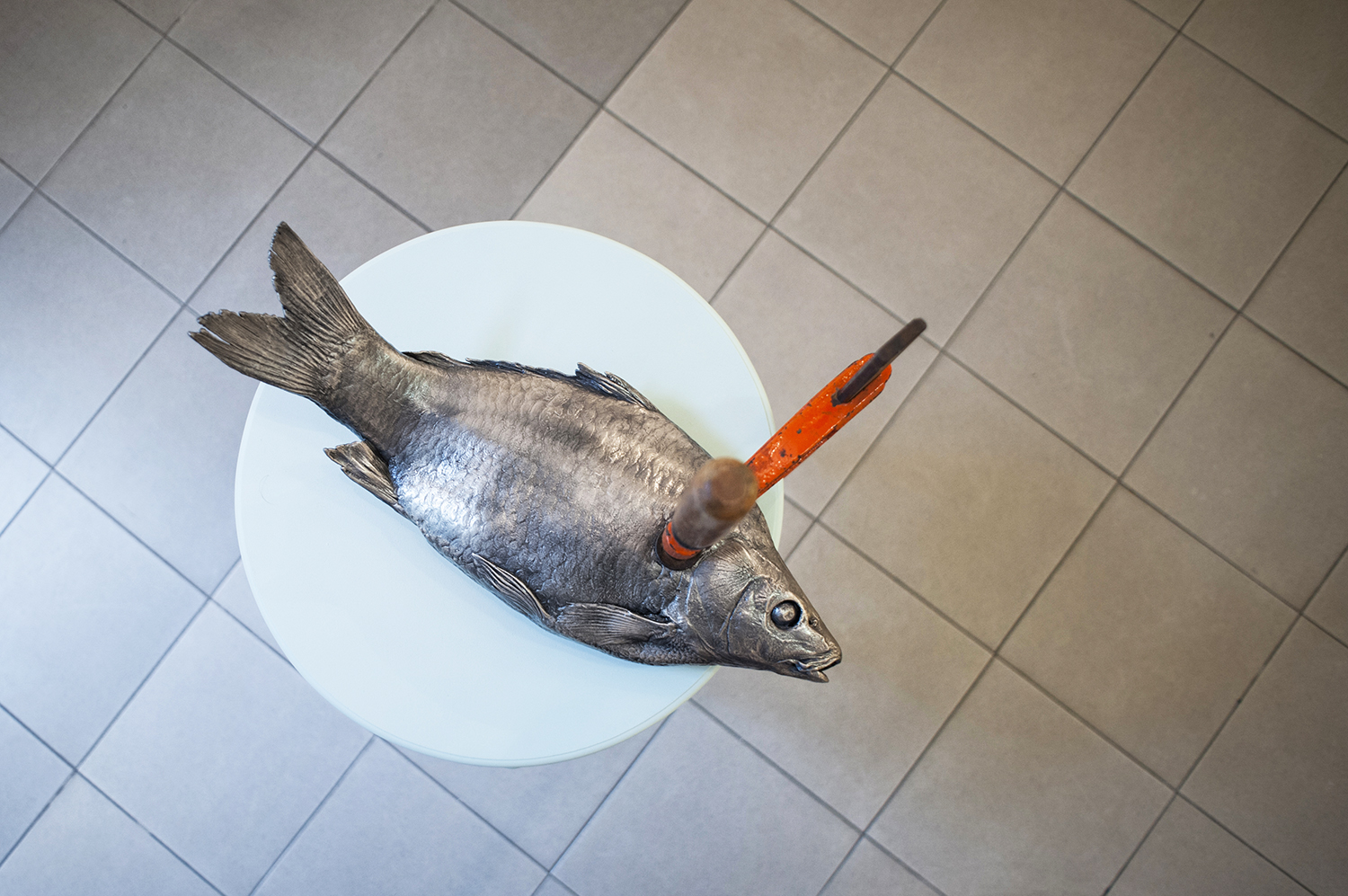 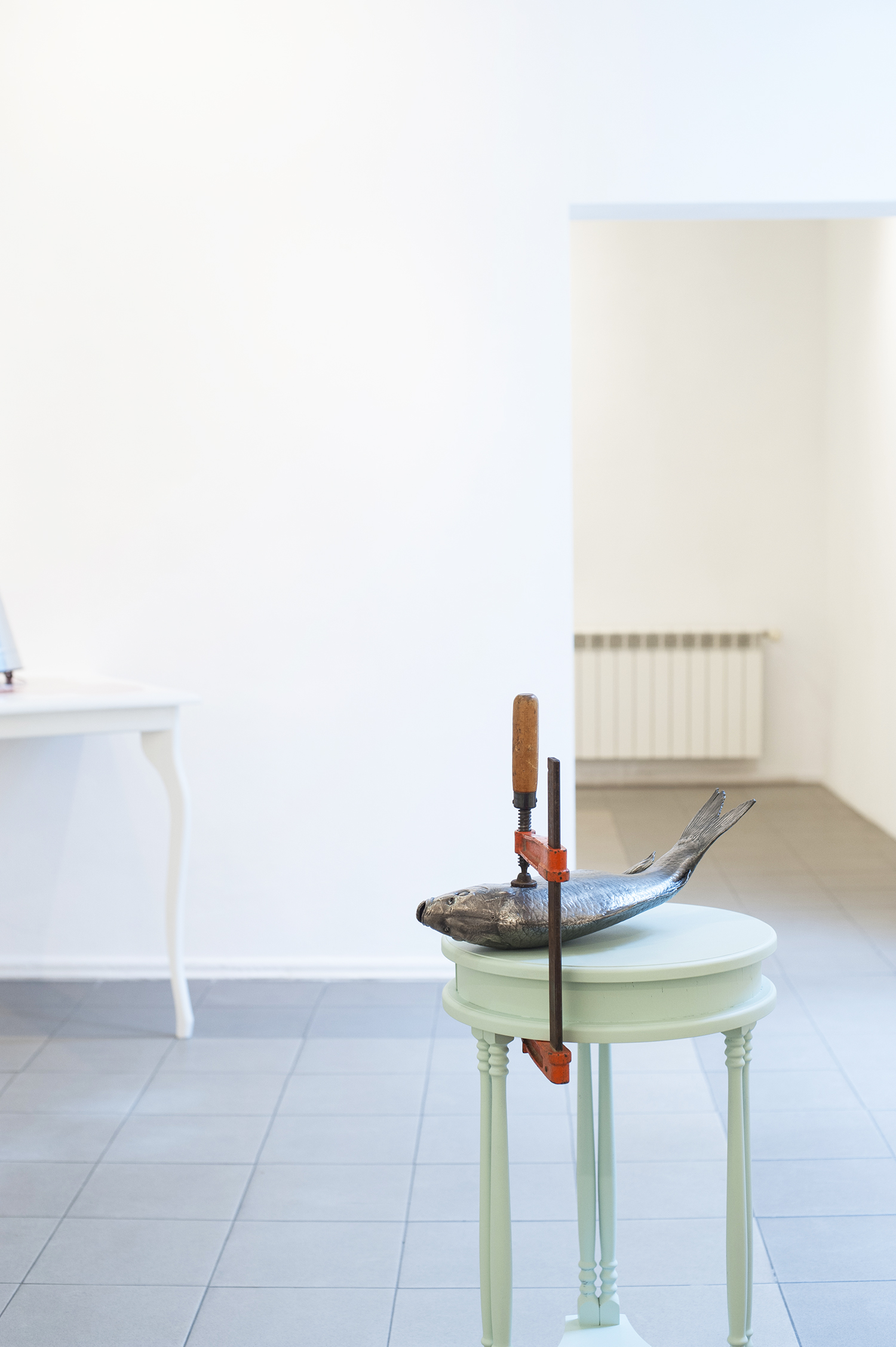 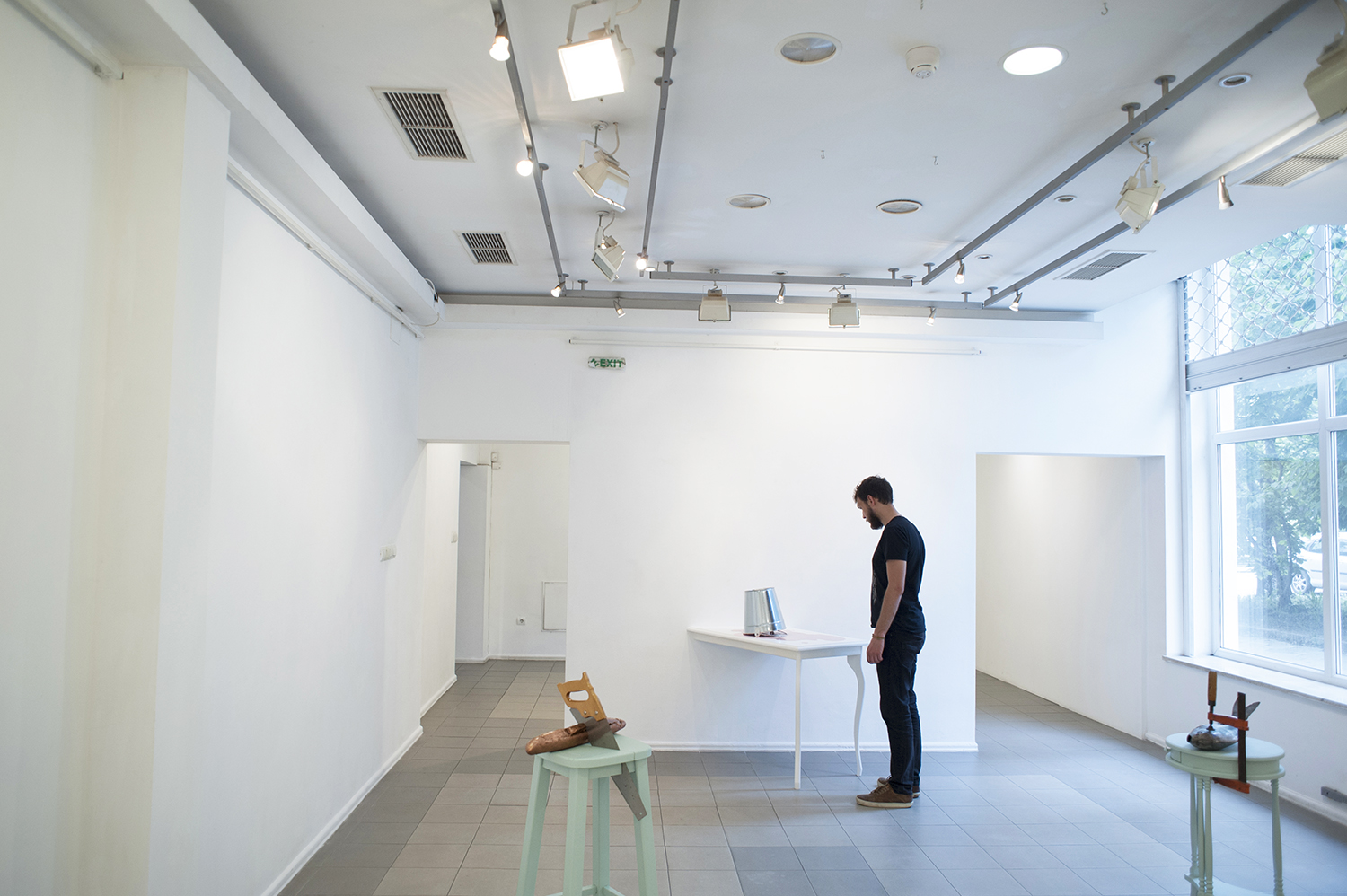 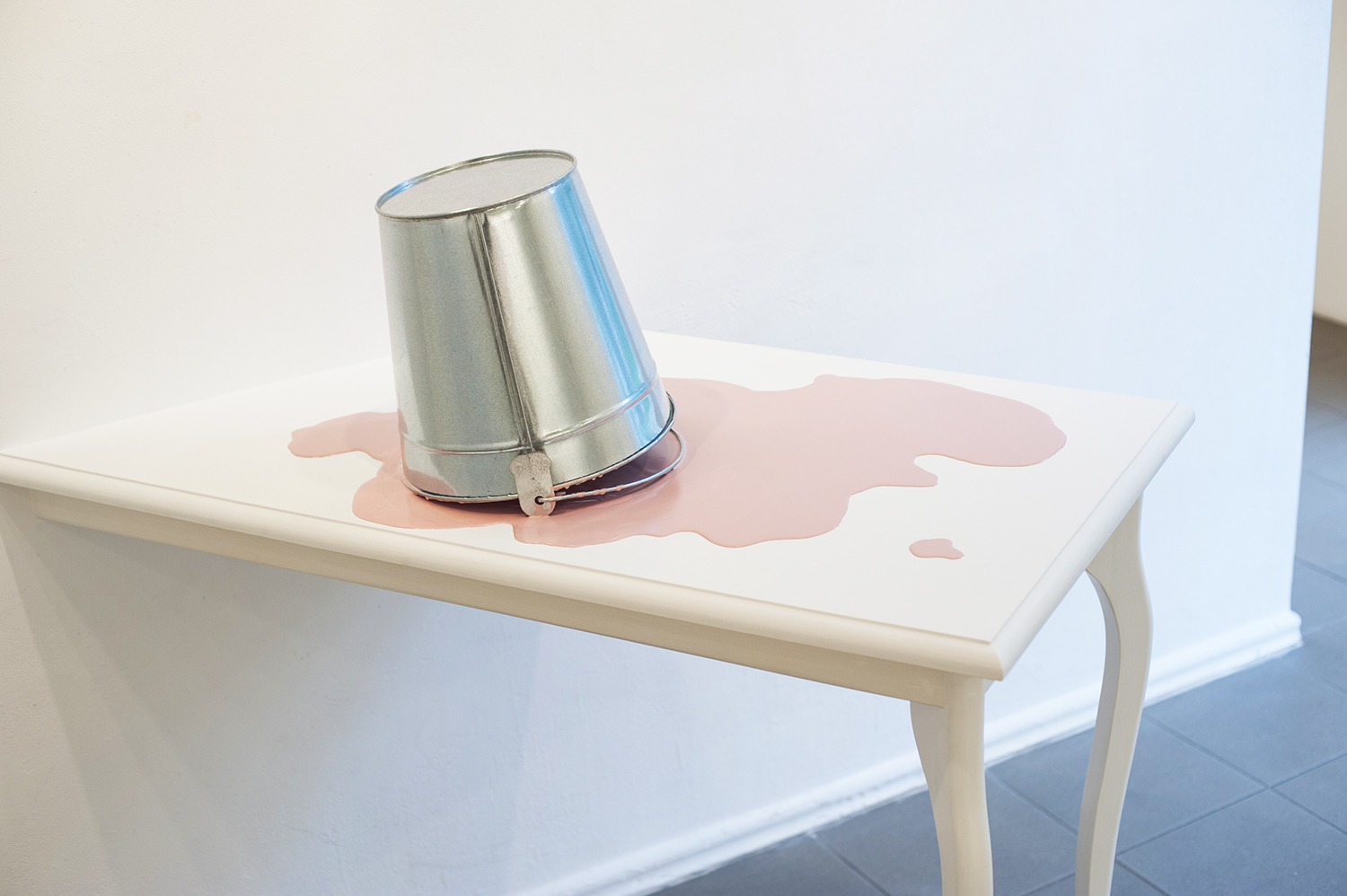 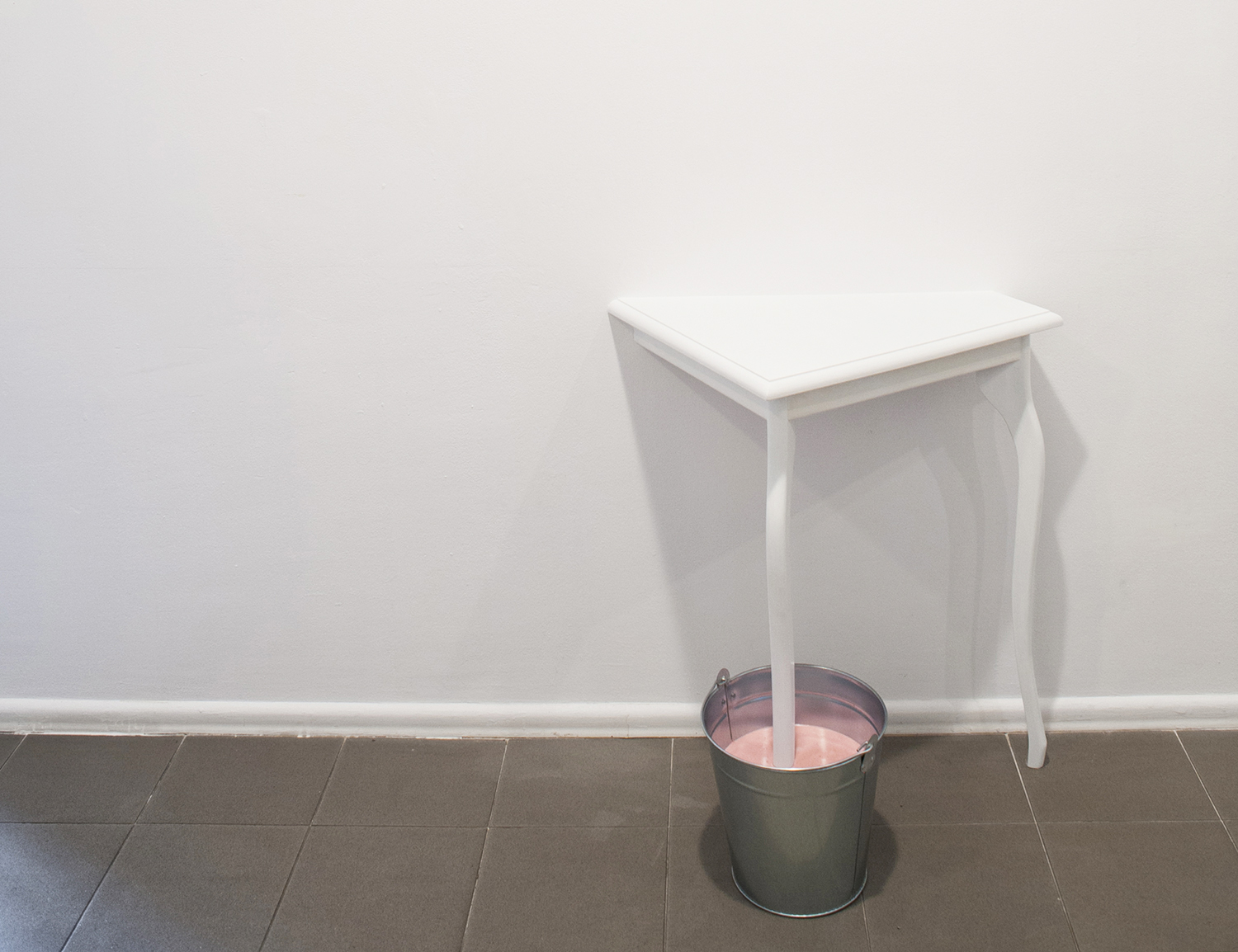 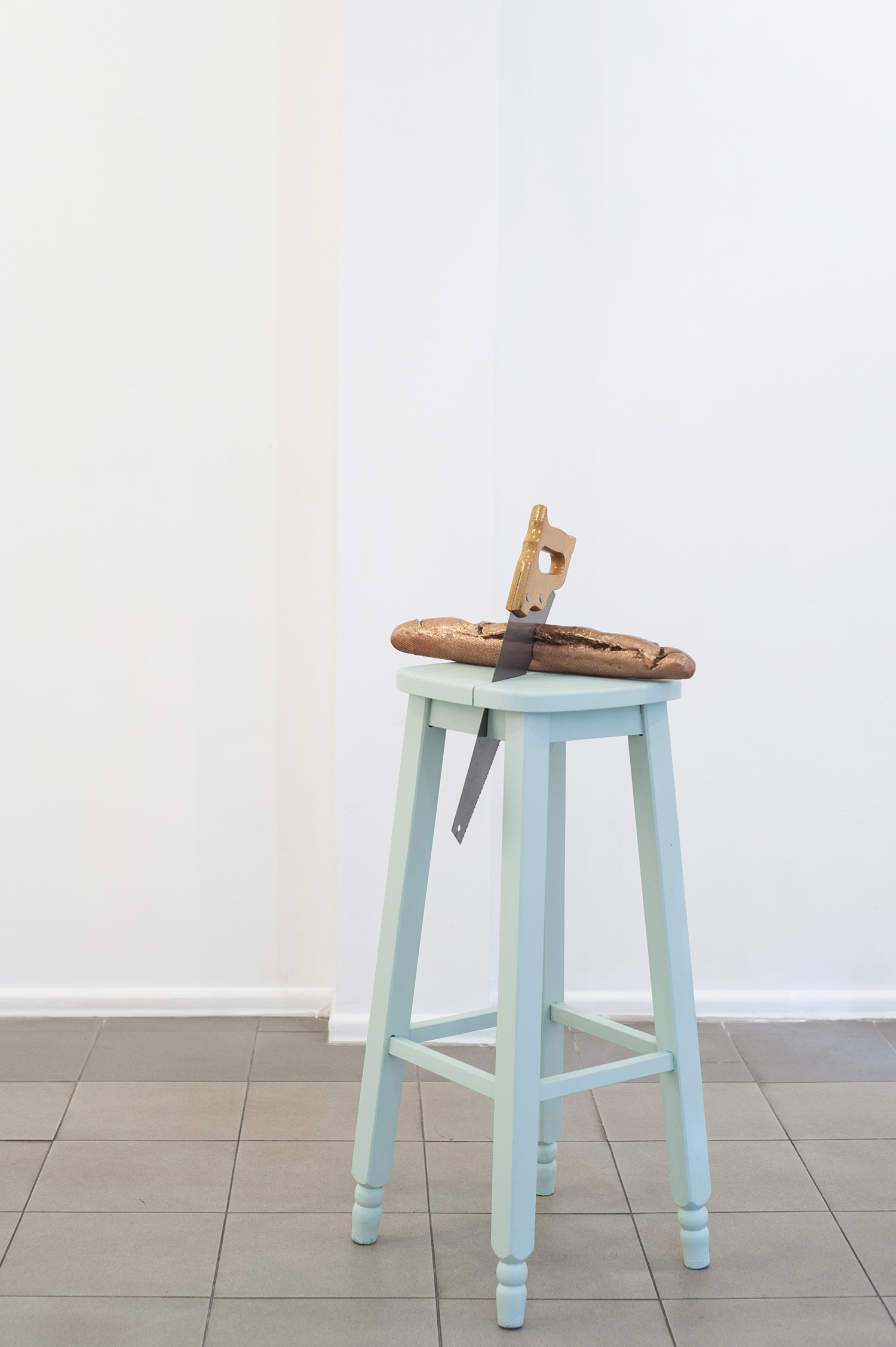 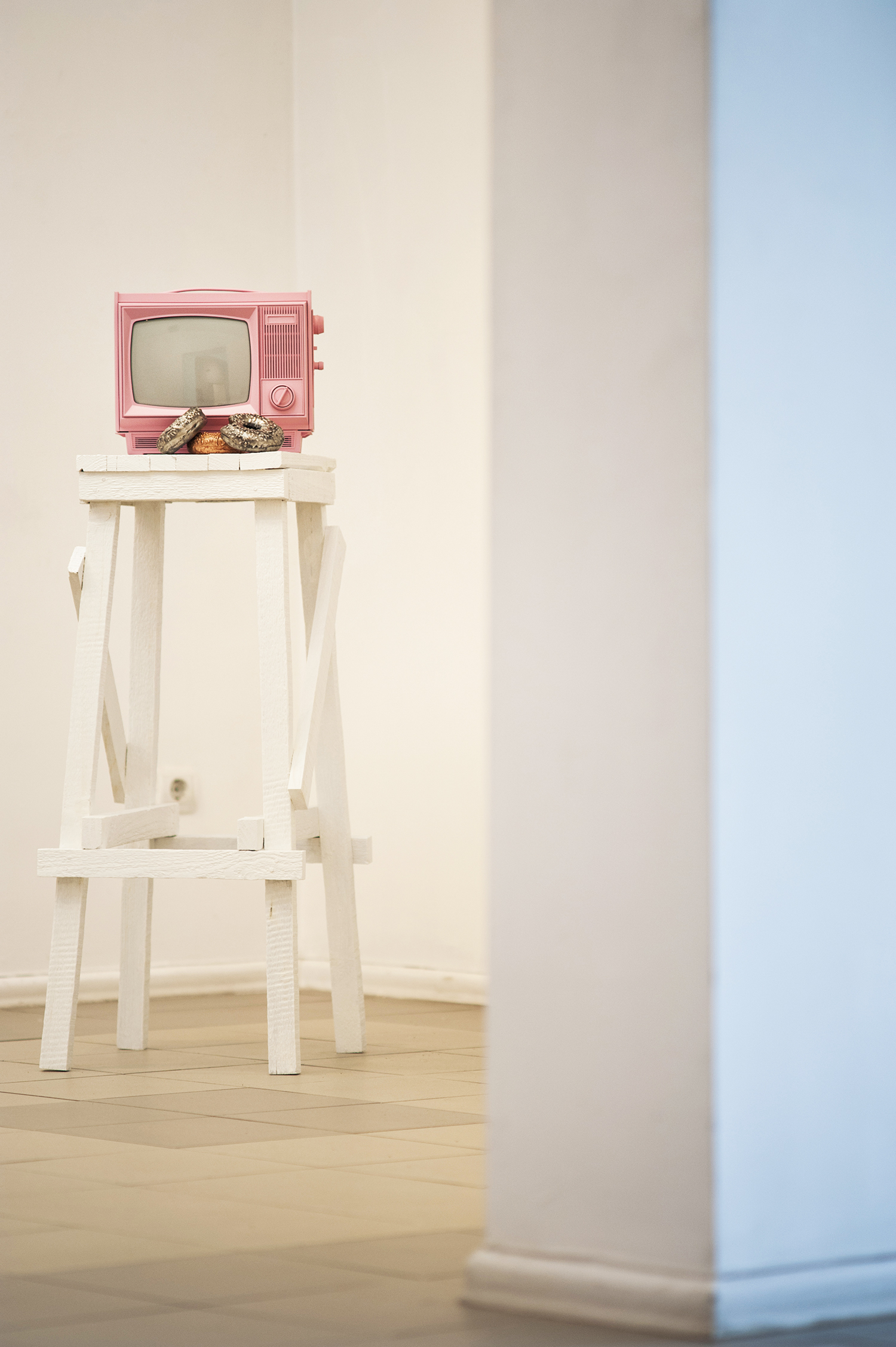 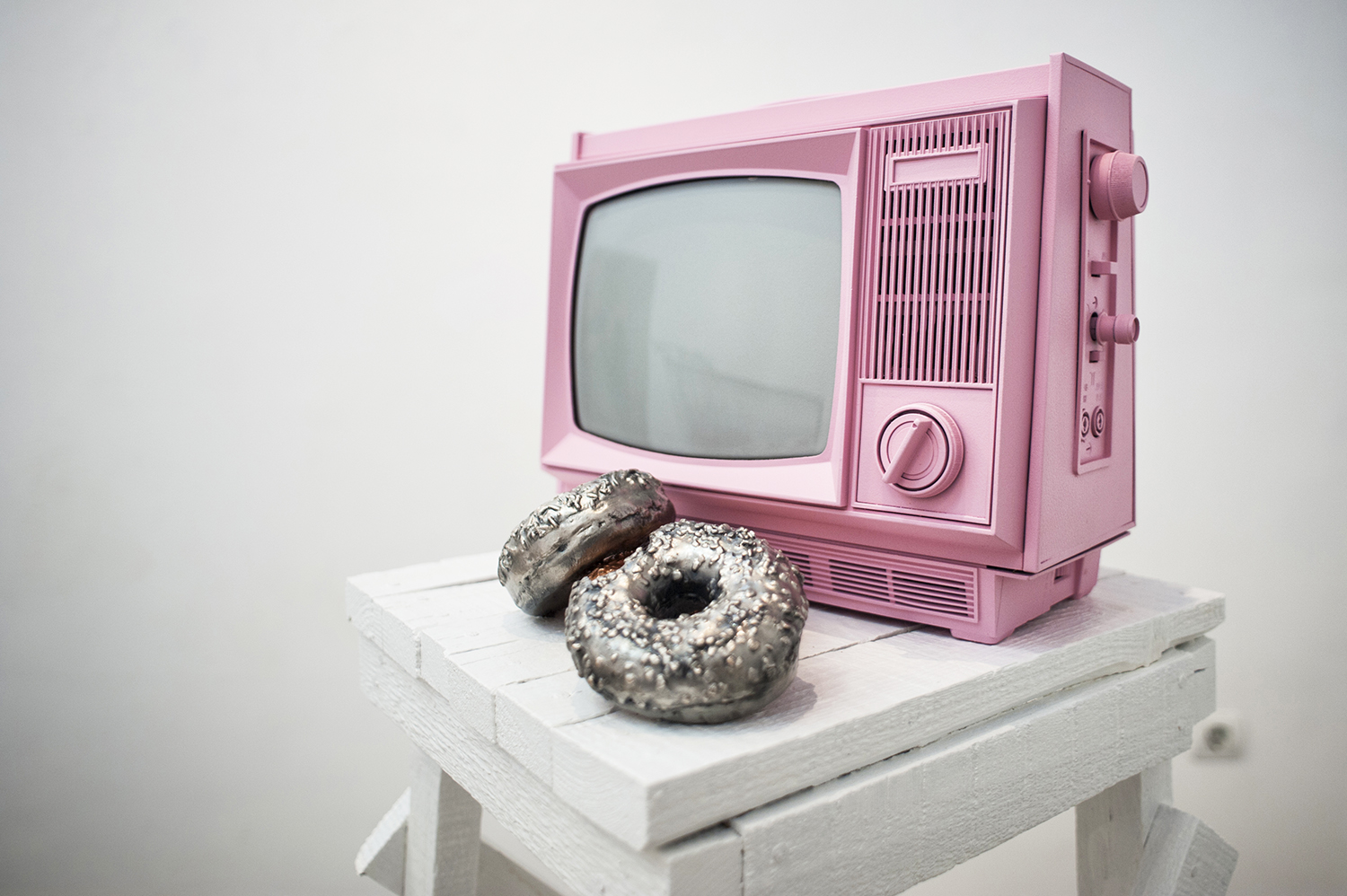 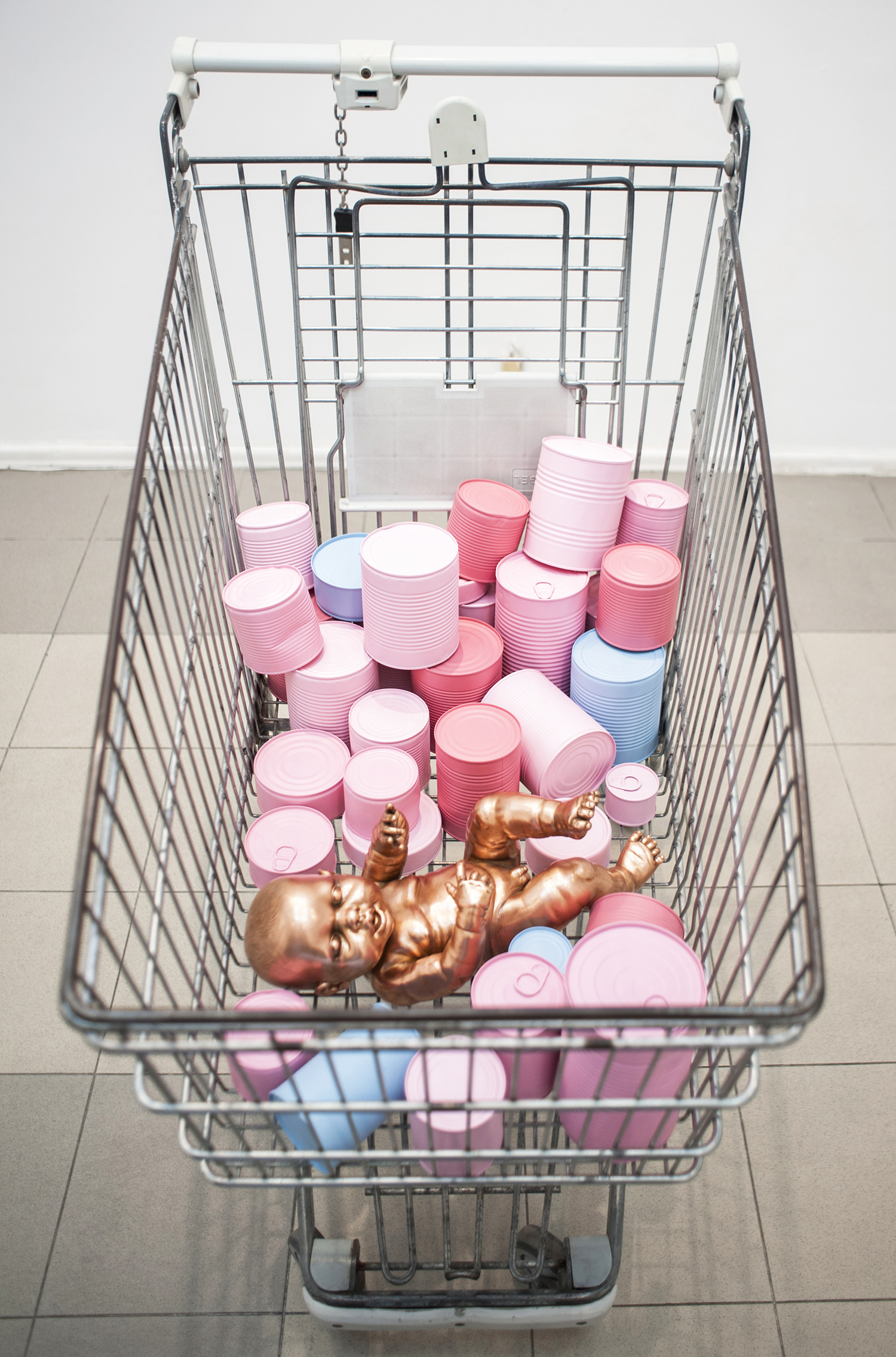 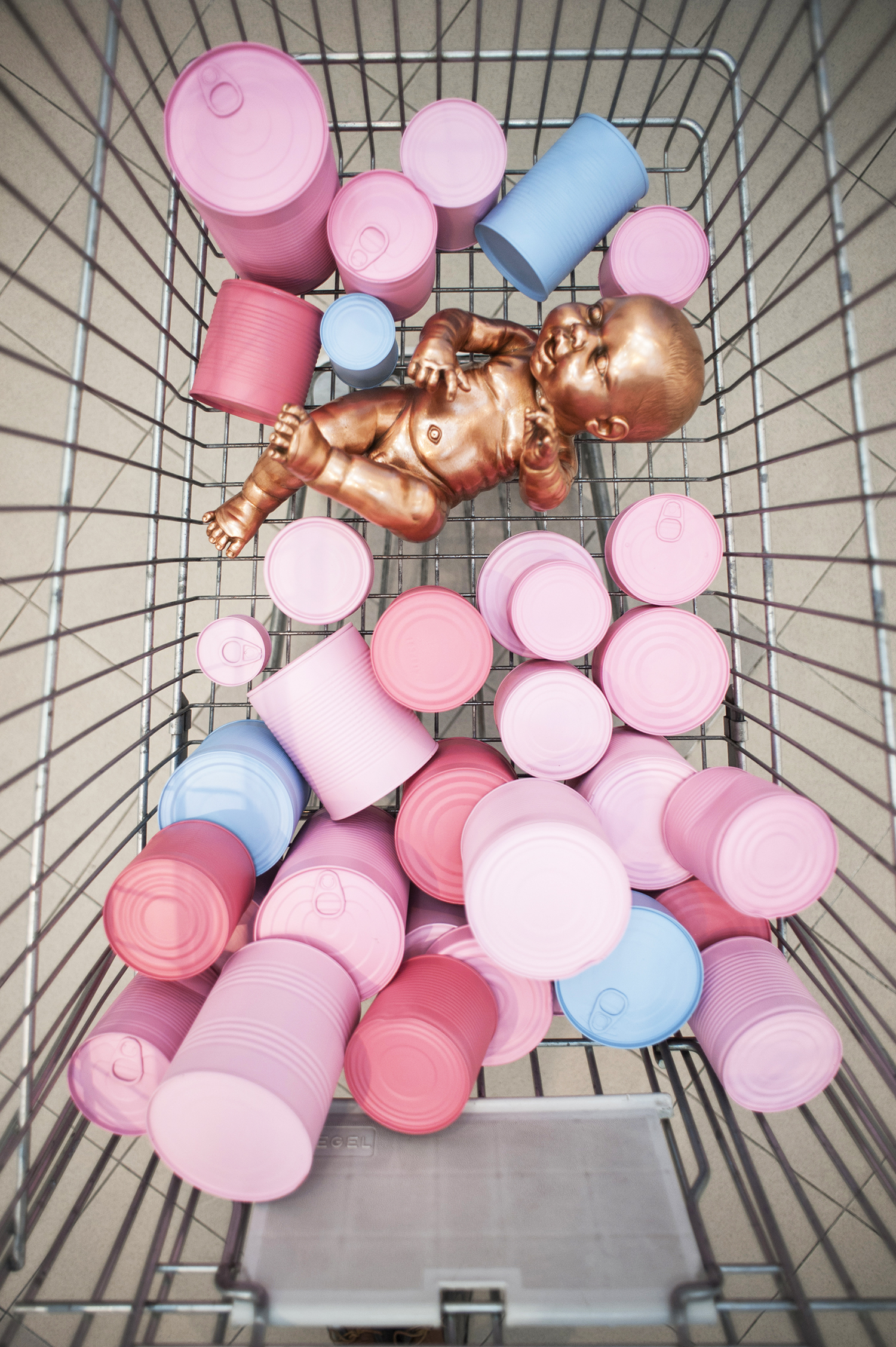